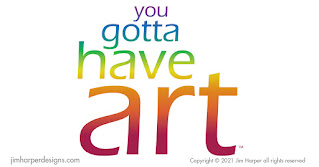 It has been a while in the making, but I've now posted the new version of the  Jim Harper Designs website out on the Internet.

This is the first major update to my site in far too long. In the interim, website design has changed dramatically.

Now, a large percentage of people surfing the web do it via smartphones. While in the "old" days one laid out webpages assuming they would be viewed on a standard computer-based browser, that type of design causes the smart-phone user especially to have to view the verbiage in such a small font size as to render it almost unreadable.

The  the updated site is created with a responsive design at its core. I eschewed using a CMS system (e.g., WordPress, Square Space, Joomla) for this particular project, for a "hand-coded" site using a Bootstrap base, just to show some coding savvy for those who are looking for a website designer. I have done work in a number of CMS systems including WordPress, Square Space, Joomla--the Bound for Glory radio show site I run is built on WordPress, so I have those skills as well. A good designer, even if designing on a CMS system, should know what is "under the hood" to be able to customize the site for their client's needs.

The home page features my little cartoon character, Sylvester K. Nordlefink taking a walk, and an interactive graphic at the top that also acts as the website's main menu. I had originally designed this "you gotta have art" menu ten years ago, and had used a html image map to create it, but the new version utilizes an SVG graphic that allows for greater interactivity. SVGs are less likely to be depreciated as accepted html code than image maps in the near term, and have the ability to resize to fit whatever screen you are viewing it on.

There are a number of other features built into the site, including the "accordion" style of page layout on my Graphic Design page. I have over a 150 images just on that page, and I needed to figure out how to make all of that work without making the page too long or overwhelming. The accordion layout did the trick.

Most of the images as on that page I also created as thumbnails--that pop up a closeup view when clicking on them--that also saved space and loading time.

I also took some time to work on some of the "hidden" features of websites--optimizing the site for search engines (commonly known as SEO). Responsive design, "alt" tags for all the images, Open Graph meta tags, and more help bring sites up in the rankings.

Ir rook a month and a half to pull everything together and get it all coded, and there are a lot more features that I hope to add in the future, but for now it was time to get it out the door. Hope you enjoy, and please send me feedback!

Posted by Jim Harper at 2:11 PM No comments:

My work "Time Eagle" is in The 25th Annual Juried Photography Show at State of the Art Gallery. Opening night reception on Friday, March 7, 2014 from 5-8pm at the gallery. Show dates are Wednesday, March 5 through Sunday, March 30, 2014.﻿
Posted by Jim Harper at 9:23 PM No comments:

State of the Art Photo Show

I have a photograph in the State of the Art Gallery's Photo Show, opening tonight! http://soag.org/
Posted by Jim Harper at 7:57 AM No comments: 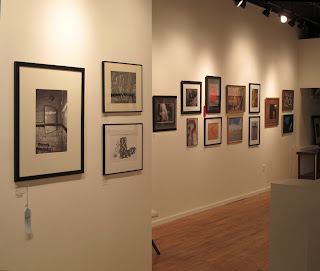 Here are a couple of shots of the fine exhibit at the 2nd Bob Johnston Photography Exhibit & Competition, January 4-26, 2013, at the Cooperative Gallery 213, 213 State Street, Binghamton, NY. I've got three of my pieces in the show. 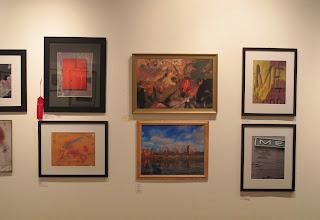 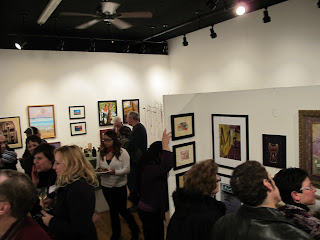 Here was the scene tonight (Dec. 6, 2012) at the Artist's Reception at the Cooperative Gallery 213's Holiday Show. I have six pieces in this show, four of which you can (barely!) see here, two of my small oil pastels on the far wall, and two of my "Me" series photos in the center display wall. — at Cooperative Gallery 213, 213 State St., Binghamton, NY.

Check out my work on Fine Art America

I've been adding to the artwork available on my site on Fine Art America, and you can now see my whole Flora series--and purchase prints, framed prints, and greeting cards right through the site. You can see a wide selection of flora prints on Fine Art America. Check it out!
Posted by Jim Harper at 11:05 PM No comments:

Just dropped off a bunch of work for the Annual Holiday Show at the Cooperative Gallery 213, 213 State Street (between Henry & Lewis Streets) in downtown Binghamton. The Gala Artists' Reception is Thursday December 6, 2012, 7 - 9 pm, the First Friday Gallery Tour Dec. 7th, 3 - 9 pm, and the Closing Reception Dec. 22nd 12- 4 pm. Come see all the great work and help support your local artists this holiday season!
Posted by Jim Harper at 10:39 PM No comments: