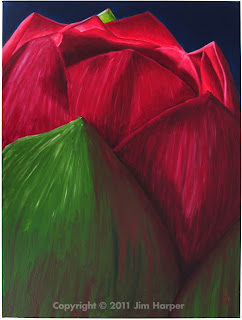 Come see my artwork all December at the annual Juried Show at the State of the Art Gallery, the Holiday Show at Community School of Music & Arts (both in Ithaca), the annual Members Show at Cooperative Gallery 213 in Binghamton, and the 12x12<150 show at The ARTS in Corning.
Posted by Jim Harper at 8:14 AM No comments:

Photos from my booth at the 2011 Ithaca Artists Market 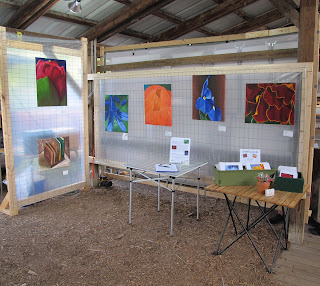 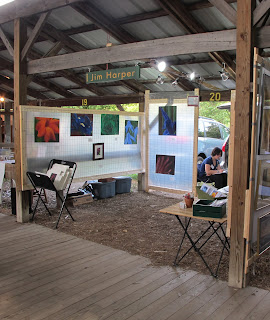 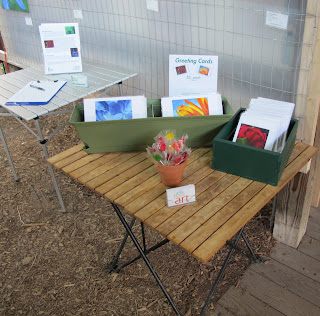 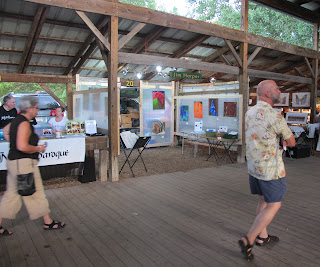 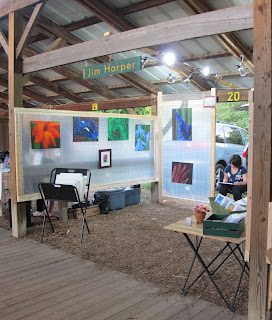 I'm going to be showing my paintings this year at booth 20 at the Ithaca Artists Market. The show is on Friday, July 29, 2011 from 2 pm to 8 pm at the Ithaca Farmers Market location on Steamboat Landing in Ithaca, NY. Lots of great artwork, great food, and other arts-related booths! Besides my paintings, I'm working on bringing a bunch of never-before-offered-for-sale drawings and watercolors, as well as a new selection of greeting cards. So come by the booth and say hello!
Posted by Jim Harper at 11:47 PM No comments:

The full Sketchbook is now online 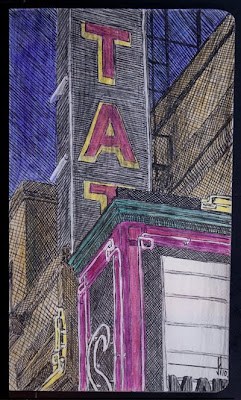 The Art House Co-op was besieged (in a good way!) with entries for their 2011 Sketchbook Project, and besides taking all of the almost 10,000 sketchbooks on a cross-country tour (my sketchbook has been viewed in Austin, Portland, Atlanta, and at their home-base in Brooklyn), they also committed to scanning all of the sketchbooks in so they can be viewed online. Mine is finally up, and you can see the whole book at www.arthousecoop.com/users/jimharper3/artwork. The theme of my book (there were a number of themes suggested by the Art House Co-op) is "First thing in the morning, last thing at night". The sketch pictured is of the State Street Theater in Ithaca, NY.
Posted by Jim Harper at 5:21 PM No comments:

East Shore Festival of the Arts 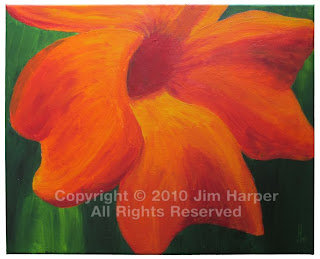 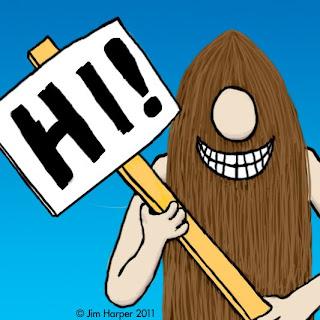 The latest news from the workshop is the start of my "new" comic strip "Sylvester K. Nordlefink". Sylvester is not new, however. I've been drawing him for many years now--if you have a greeting card from me with one of my Sylvester drawings on it, it might be worth something someday, maybe you should hold on to it! Sylvester first started appearing back in the late 1970s. This is my first attempt at putting him into comic strip form, and I'm not quite sure of the frequency yet.
Posted by Jim Harper at 11:32 PM No comments: 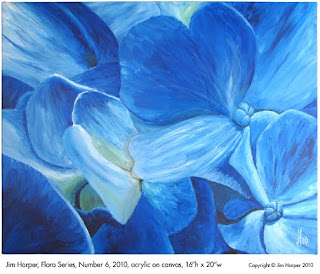 I have my painting, "Flora Series, No. 6" right now at the "Our Priceless Planet" exhibit being put on by the Gaia Grrrls at the Binghamton, NY, City Hall. The exhibit runs from March 4 through April 29, 2011. Along with the painting goes a statement about the work which I'm posting here so you can get a chance to read it even if you can't make the exhibit:

Sitting on a hill in Norway many years ago I realized most intensely what it meant to be a human on this small planet. As I placed my hands on the cool granite, I could feel the roots of it stretching right to core of the planet. I realized that no grand skyscraper, no massive man-made earthwork, indeed nothing that a human hand could ever make, could ever match the magnitude of the scope, depth and complexity of this planet.

Every day I wake...and look at the world around me. I see the movement of whole continents—only alluded to by the earthquakes that can, in an instant, destroy a city that has taken millions of human hands hundreds of years to build. I see oceans of water sucked into the sky and brought down again in great floods. The strength of nature—rock, water, fire, and air—is greater than anything man will ever create.

Every day I wake...and I also see the amazing flight of a sparrow—weaving its way on unseen zephyrs. The glitter of sunlight on the water—both directed by and, at the same time, refashioning its path through deep gorges. The beauty of a flower-—magnificent in both form and endless variation. Even at the smallest level of detail I see amazing structures and endless variations on a theme.

Whether one looks at the macro scale or the micro one, the wonders of this planet are overwhelming. The billion variations of living beings—self-directed, self-evolving, totally dependent on each other—dance throughout their lives intertwined with each other. We have only the vaguest guess of the complexity within. It is almost beyond the grasp of human imagination to understand just how the health of a single one-celled organism, or the contaminants contained in even a single teaspoon of water, spells out our fate as much as a major hurricane or a hurtling meteor could.

My artwork is a constant exploration of these wonders. The forms and shapes of nature, the colors, the complexity and endless variations are all my inspirations. To see a field of flowers is magnificent, but to get down on your hands and knees and thoroughly explore the astonishing beauty and complexity of just one single petal starts you on the road to a greater understanding of how important it is to stop and think how our actions affect everything on the planet. Even more important is to realize how each action we do can come back on us a hundred-fold.

The intense blue of the sky that hugs our planet, and the endless variations of the blues in single flower, will always be more beautiful and more precious than the deadly glow of a gas flame.
Posted by Jim Harper at 1:39 PM No comments:

As promised, here is the link where you can see and vote on my entry to Consumer Union's "Dangers of Debt Image Contest" on Facebook: http://apps.facebook.com/dangersofdebt/contests/76203 My entry is entitled "Credit Trap".
Posted by Jim Harper at 11:35 AM No comments:

I've just gotten word that my sketchbook has been checked into the Brooklyn Art Library. My entry is one of over 10,000 which are in "The Sketchbook Project" which was organized by The Art House Co-op in Brooklyn. All the sketchbooks will be available to be viewed at the library, except when they will be on tour! They will be leaving Brooklyn to travel to cities all over the U.S. this spring. I'll be posting some of the sketches from my book, as well as tour dates, soon. Meanwhile, you can visit my page on the Art House Co-op site at: arthousecoop.com/users/jimharper3
Posted by Jim Harper at 8:22 PM No comments:

The drawing about credit cards is finished, and I've sent it off to be judged. I'll send a link where you can view it, and vote on it, in a few days.
Posted by Jim Harper at 10:55 PM No comments:

So this is the standard first blog post: "This is my new blog and I don't have anything to say yet." I don't see why I should deviate from established standards.

I am working on updating my Web site (www.jimharperdesigns.com) and I've decided I'll try creating the News page on Blogger, and this is the result.

I am an artist, and right now I'm working on an drawing about credit cards. Yeah, I know. They're flat and plastic--whoopie. I think I've got some good ideas for it, we'll see how it turns out.

If you're interested in seeing some of my work in person, I have two paintings from my Flora series in The ARTS down in Corning, NY, right now, and I'm one of the artists in the Sketchbook Project 2011, put on by the Art House Co-op in Brooklyn, NY. I haven't heard that they've gotten it yet, but I know it's probably one of those thousands which are sitting in mailbags waiting to be opened.
Posted by Jim Harper at 12:15 AM No comments: